Adidas is throwing its considerable muscle behind a sensitive subject: menstruation.

The German sports giant will launch a new product category today supported by a global marketing campaign: Stay in Play. The collection of TechFit Period Proof tights and shorts features an absorbent layer to protect against leaks when worn with a tampon or pad. It is intended to help people who menstruate feel confident while participating in sports, as well as keep them from dropping out. Adidas cited a study that found one in four people who menstruate around the world stop playing sports during adolescence in large part because they’re afraid of period leakage.

Kim Buerger, senior product manager for women’s apparel at Adidas, said the company is committed to providing apparel that can help put their minds at ease and keep them involved in playing sports.

Buerger said Adidas worked for two years to develop the TechFit line, and after much testing and rejiggering, created a product that offers three layers: wicking, absorbing and leak proof.

“We started designing this collection from the inside out,” she said. “We knew it had to be comfortable and breathable, but most importantly, it had to serve its purpose of helping to protect against leakage. Our ambition with this product is to keep more people in sport by giving them the confidence to train on their period.”

Even though 900 million people around the world menstruate, most are not educated about the subject. Adidas analyzed data from over 14,000 athletes in the U.K., and found that 82.3 percent of participants said they had never received any education about their menstrual cycle in the context of sport or exercise, and of those who have a coach, 81.5 percent have never spoken to their coach about their cycle. In the U.S., 65.3 percent have not received education on the topic, and 75.8 percent have not discussed the menstrual cycle with their coach. 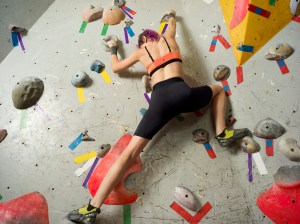 The line will be expanded into other products and colors in the future.
Camila Cornelsen

Buerger acknowledged that the topic of menstruation is still “very taboo,” but Adidas hopes that can be alleviated by having a conversation about the subject.

That’s where Dr. Georgie Bruinvels, director of sports science and female athlete lead at Orreco, a sports performance company based in the U.K., came in.

“It is great to see that the landscape for girls and women in sport is progressing, however it is evident that despite this, the menstrual cycle is still an area that is of embarrassment, and as a result is typically neglected and ignored,” she said. “Given the impact that the menstrual cycle can have on participation and overall quality of life, this must change. Education is the ultimate starting point whereby those who menstruate can be empowered by an increased understanding of an essential physiological process. Education will enable progressive discussion, helping to break down barriers associated with physical activity and the menstrual cycle.”

She worked with Adidas to create the “Lesson Plan,” a comprehensive free educational tool that explains the menstrual cycle, how to manage it, which activities are best suited for different times of the month, and more. There are also activity plans for each time in the cycle that suggest exercises, ranging from foam rolling and yoga poses to running in place and squats.

This lesson plan is designed to be used by schools, parents and coaches to provide young people who menstruate with the tools to understand and manage their cycle.

Adidas has also tapped a couple of its sponsored athletes — British track and field athlete and Olympic medalist Jazmin Sawyers and WNBA’s Layshia Clarendon of the Minnesota Lynx, to share their own experiences training and competing during their periods.

“You can perform well in sports despite your period, it doesn’t define you, but you have to learn to adjust and manage it as best as you can and remember that there are people to support you throughout your journey,” Sawyers said. “I just ask you not to lose hope and to do whatever you can to stay in sport. We need more women in sport and remember that the women you see playing sports, whether as amateurs or on a more professional level have probably dealt with something similar and faced certain challenges that come as part of being an athlete and someone who menstruates, but they have managed to find a way to do both by understanding what their body needs and leaning on others for support.”

Buerger said the initial launch of the TechFit Period Proof collection will include a 7/8 tight and a bike short, both of which offer a lightweight pad with no seams, created from sustainable Primegreen and Aeroready materials. Later this year, a three-inch short will be added and next season, the color choice will expand beyond black.

The collection will be offered for sale on the Adidas e-commerce site and on its app globally beginning June 15. The tights will retail for $65 and the shorts for $45.

Adidas is not alone in targeting people who menstruate. The innerwear brand Thinx has built an $80 million-plus business by creating a line of underwear that can be bled into it, eliminating the need to buy sanitary products, and has since expanded into activewear that features built-in period underwear. Hollywood stylist Karla Welch created The Period Company to sell underwear and reusable pads, Ruby Love offers both underwear and swimwear, and other small brands such as Knix and Saalt are also in the market.

But Adidas is the first of the big sports brands to get into this end of the business. Nike has a workout plan for women on its website tied to their cycle but does not link to any period-specific apparel to wear. And a search of Under Armour’s site finds no mention of period clothing at all. 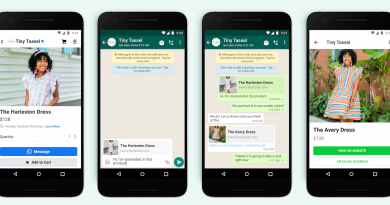 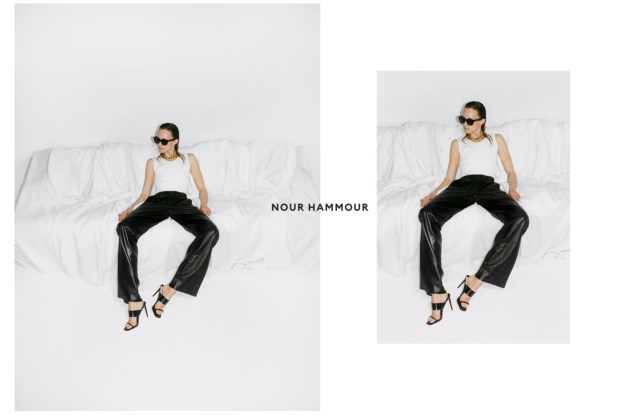