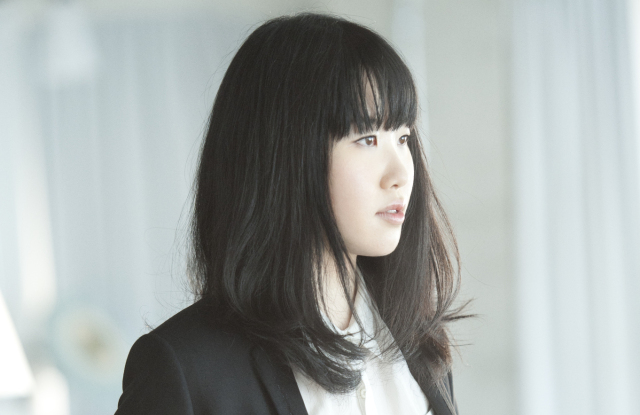 
In the immediate lead-up to any fashion week, most designers are focused on one thing: their collections. Not Adeam’s Hanako Maeda, not this season. In advance of today’s unveiling of her spring 2021 collection film, last Wednesday Maeda launched her company’s first foray into e-commerce at adeam.com. The next day, at her company’s three Tokyo stores, Maeda “pre-launched” a fall capsule coup, designed in collaboration with sports-goddess-of-the-moment, U.S. Open champion Naomi Osaka. (Talk about timing kismet.)  Adeam x Naomi Osaka goes global on the e-comm site on Wednesday, and will be heralded with a cover story in November’s Harper’s Bazaar Japan, for which Maeda interviewed the tennis player.

Much to think about while planning a collection, and to be happy about, in this fraught cultural moment — a noticeable change in her perspective from the early days of the pandemic. When lockdowns began in early and mid-March, Adeam, like so many brands, was in a difficult place. The uncertainty over how long shutdowns would last, combined with questions about the stability of wholesale business overall, made for difficult times. “I think I wasn’t at such a good place then. I didn’t know what the future held,” Maeda said during a Zoom chat last week.

Now she senses positive change. “There’s a lot of positive energy,” she said, attributing her upbeat mind-set to forces both micro and macro. Small picture — business at Adeam’s own stores has been “really strong” since it reopened in mid-May. Business had also been good, relatively speaking, at the brand’s U.S. wholesale partners, including Intermix and Neiman Marcus. Bigger picture: Maeda finds encouragement in what she considers a shift in the cultural psyche of Japan.

“People have this sentiment that the economy — it’s not going to go back to normal, but slowly, we’re going back to our daily lives,” she offered. She considers her business a beneficiary of that expectation, and is “really thankful for that.” Maeda noted as well excitement over today’s election in Japan for prime minister following the surprise resignation announcement last month of Prime Minister Shinzo Abe. She expects Yoshihide Suga to win, and finds his “from the ground up” career trajectory appealing. “People feel like there’s going to be positive change,” she said.

The crisp side of fall, delivering in October.
George Chinsee/WWD

Maeda’s perspective on the improving Japanese mind-set crystalized during her current extended stay in Tokyo, from where, in this era of working remotely, she is overseeing Adeam’s participation in NYFW. While she typically splits her time between the two cities, she has spent virtually all of the COVID-19 quarantine in Tokyo, and doesn’t expect to resume her back-and-forth travel anytime soon. Even if flights between the two cities weren’t limited, she’d have to quarantine for two weeks on both sides. “Then I’d lose four weeks, so it’s a little bit too complicated,” she said.

But then, life these days is complicated, and Adeam’s fashion seems particularly well suited to the moment — on two levels. First, the clothes themselves. Since launching for spring 2012, Maeda has carved out a niche following with a deftly artful blend of fashion, femininity and function. That brand DNA lends itself quite well to the realities of a still largely homebound clientele. “Comfort has always been important to me,” Maeda said. “It came naturally to me to realize that people want things that they can wear at home as well as to the office and also outside. It’s really about what you can wear on a day-to-day basis.”

Yet Maeda realizes that when it comes to addressing the customer’s at-home wardrobe, her small designer brand is in competition with less-expensive contemporary labels, and she must elevate the stakes. “My challenge became, what can I design that is not a sweatshirt and sweatpants that’s still comfortable, but you still feel polished and you feel you can have fun with fashion at home.” Playing beautifully into that notion: Maeda’s insistence on high function and ease of use. To that end, many of the fabrics she uses are wrinkle-resistant and machine-washable. “We were lucky that our aesthetic aligned with the new normal and how people are shopping right now,” she observed. For the spring collection that has its NYFW debut this afternoon, all of that will come together in a lineup based on the traditional yukata, the more casual, non-ceremonial alter ego of the kimono. “It’s very versatile and super easy to wear,” Maeda said.

Chic comfort, in a fall 2020 sweater and shorts.
George Chinsee/WWD

Also right for the moment: Adeam’s collaboration with Naomi Osaka. To say that Maeda could have had no clue of its potential resonance when she and the young tennis player got together last year is an understatement. The idea came from Osaka, whose reps reached out to ask if Maeda would be interested in working together. Their aesthetics proved sympatico – “we shared a lot of the similar reference points and we found an immediate connection” — and the project came together. Naturally, Maeda is delighted in the project’s retail proximity to Osaka’s championship run at the U.S. Open, especially as she decided to delay deliveries of Adeam’s primary fall collection until October, to allow clients to focus on pre-fall, which shipped late due to COVID-19.

Maeda is doubly proud to be associated with Osaka, a child of a Japanese mother and Haitian father, since her emergence as a powerful voice in the social justice movement. Throughout her U.S. Open run, Osaka captured the world’s attention — and its heart — with her COVID-19 masks that bore the names of victims of deadly police violence. “Naomi is an amazing female role model, not just on the court but off the court as well,” Maeda said. “It’s wonderful that she is using her fame for a social cause. For a lot of people with the kind of influence that Naomi has, it can be difficult to take the extra step. It’s commendable that she’s not afraid to do that. Having her support has been amazing.”

All the positive energy Maeda has felt of late has “really helped me bounce back from being in quarantine and being worried about the fashion industry in general and also our business in particular.”

That business is mainly split between the primary markets of Japan and the U.S., both countries Maeda, a Tokyo native, knows well. When she was five, her family moved to New York, where she attended lower school, before moving back home. She returned to New York for college.

In Japan, Adeam operates as a direct-to-consumer business via its three stores, while in the U.S. it follows a traditional wholesale structure, partnering with Nordstrom, ShopBop, Bergdorf Goodman, Neiman Marcus and Intermix. The company itself is small, currently counting nine employees; two others were furloughed during the pandemic shutdown. For Maeda, the vertical model runs in the family: Her parents founded the Japanese d-t-c apparel brand Foxey, now Adeam’s parent company, and she followed that model for the launch of her brand in Japan, with an early focus on physical stores. Yet that strategy proved unworkable for the U.S. “I quickly realized how expensive rents are in New York City,” she said. “It’s very difficult to open your own retail store as a very small brand, so that’s why we developed the wholesale model in the U.S.”

Now, despite the challenges of major U.S. multibrand retailers, Adeam is faring well in its store relationships. Company vice president Blair Nemiroff called the recent resort collection, a tight lineup of 12 looks, “actually a great success” in terms of the orders booked. “The feedback from retailers is that we really homed in on either what was selling or what we know the customers want, [for example], our Japanese crepe cotton.” The brand also wants to support its network of small specialty stores, many of which were devastated by the shutdowns and subsequent reopening restrictions. “They are the ones that are really hurting right now,” Nemiroff said. But we are a small brand so we can only do much.”

Resort did well as retailers responded to its elevated casual mood. Here, the Dahlia hoodie over slim pants.
Courtesy of Adeam

Along with continuing to nurture such relationships, Maeda wants to evolve her U.S. retail model. “We already have this direct-to-consumer model developed in Japan. I think it’s important to follow through with that globally as well,” she said. “With our newly launched e-commerce site, d-t-c is something we are definitely focusing on for the future.”

None of which matters without establishing a strong bond with the customer. Maeda describes Adeam’s devotees as “women from their thirties to their fifties who are working or have a family, who lead a very busy lifestyle.” She references the Japanese concept of omentashi, which “conveys this idea of really getting to know your customer and creating a personal connection with each one of your customers.” That manifests in various ways, beginning, naturally, with the distinctly detailed yet easy, high-function clothes. It extends to traditional customer service elements, such as offering assistance with alterations, to more nuanced personal touches, including sending birthday cards and, in the case of a lucky few, enlisting customers’ daughters to intern in the Tokyo design studio.

Still, today’s focus is on the Adeam spring collection. Maeda decided on a film for this mostly virtual season, and shot on the lush green grounds of of Meiji Kinenkan, a late 19th-century reception hall. Long term, she’s reevaluating the need for splashy runway shows. Like Tom Ford, who last week said he will bypass the runway in February, Maeda thinks staging a show would be impossible before September 2021. Even then, she’s not convinced that a show is worth the cost of production. “We’re sustaining our business by spending in other places, like launching e-commerce,” she said. “My current priority is to support my employees that we have on payroll right now. And also to support the factories that we work with and their employees.”

As Maeda steers Adeam through these unprecedented times, she has another priority as well. “I feel that it is important to stay true to your dreams and stay true to doing what you love,” she said. “I love designing and creating beautiful things and making women feel beautiful. As a designer and as a small company, that’s what I need to focus on, even when it feels difficult to continue doing that. It’s just important for me to believe in what I’m doing as a brand and as a company.” 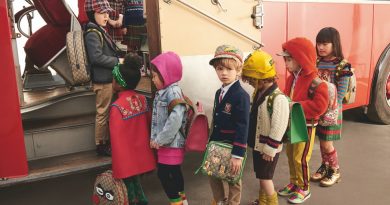