PARIS — Nicolas Hieronimus has just been named the next chief executive officer of the world’s largest beauty company, L’Oréal, set to succeed Jean-Paul Agon in the role starting on May 1.

Hieronimus, a 56-year-old Frenchman, has been serving as the group’s deputy ceo, in charge of divisions, since May 2017, when he began working side-by-side with Agon, who will remain at the company as chairman after passing on the ceo-ship.

Hieronimus has a quick mind and laser focus, which allows him to effortlessly reach the core of complex issues.

He has been a swiftly rising star since joining L’Oréal in 1987 as a product manager fresh out of ESSEC, one of France’s top business schools.

The executive successively held management leadership positions at Laboratoires Garnier, where he launched the landmark Fructis hair-care range; Garnier Maybelline in the U.K., and L’Oréal Paris in France, which, as an international manager, Hieronimus repositioned as “accessible luxury” and developed the skin-care ranges of Dermo Expertise, Solar Expertise and Men Expert.

In July 2013, Hieronimus took on the additional role of Selective divisions, encompassing the Luxe, Active Cosmetics and Professional Products divisions.

As deputy ceo, in charge of divisions, he added the Consumer Products Division to his portfolio.

Hieronimus has been a factor in building L’Oréal’s powerful travel-retail business.

Recently, he was instrumental in helping the group swiftly and smoothly shift gears to help mitigate the impact of the coronavirus pandemic. That included having some 56,000 out of 88,000 group employees working from home being fully equipped, and L’Oréal factories needing to drastically reduce operational capacity in the first few weeks of the crisis then ramping up to 80 percent again, in part to produce hydro-alcoholic gel for hospitals and other front-line workers.

Meanwhile, credit facilities were given to some of L’Oréal’s most compromised business partners, including small hair salons and perfumeries.

“All this was done incredibly fast,” said Hieronimus during an interview appearing with WWD Beauty Inc in May. “Very typical of L’Oréal is we get on to a big idea — it’s an idea that’s maybe strategized centrally, then every country, every region, every division implements and adapts it to local needs.”

A few months after his deputy ceo role began, in 2017, he was asked about L’Oréal’s opportunities for growth and the challenges it faces.

“They are linked,” said Hieronimus. “The biggest challenge is the speed of change of the world we are living in with a great accelerator, which is digital. It changes every single thing we used to do, and it forces us to adapt and to change. When you are a big company, the challenge is to continue to do what we have always done. But it is more important than ever to behave like a flotilla of small boats rather than a big cruiser.”

He said — continuing with the nautical metaphor that’s been a favorite of Agon’s and goes back to Lindsay Owen-Jones, the former ceo — that if one’s a big cruiser and there’s a storm or the sea begins to roil, it takes ages to turn.

“If you are a flotilla of small brands, you can react faster,” said Hieronimus. “We have to keep that entrepreneurial and start-up spirit, while acknowledging that we are a big group.”

Regarding which characteristics L’Oréal needs most to deal with the future, he said: “Nimbleness — if you have the power of your size and your muscle, and you are fast and agile, you can be extremely strong.”

In the same article, Hieronimus described his deputy ceo role as one “to strengthen the overall and transversal vision of the four global divisions, which are confronted with new challenges in this constantly changing world.”

He became the maestro of how various practices, ideas, learnings and ways of working could be transferred from one division to another. Whereas each division in the past had been distinguished by distribution channel, today frontiers are blurred so many divisions operate in the same channels albeit with different customer profiles.

“Working together and trying to learn from the strength of each other and make it beneficial to the others is very important,” he said.

“I’m passionate about music,” he said at the time. “That’s one of the things I spend hours listening to, downloading — trying to, despite my old age, keep in tune with the times.”

The executive is a big fan of electro and every other music genre, including rap, Brit pop, soul, R&B, funk.

He said: “If I had to pick one all-time favorite, it’d probably be Prince, the perfect fusion of soul vibes and raw rock energy.” 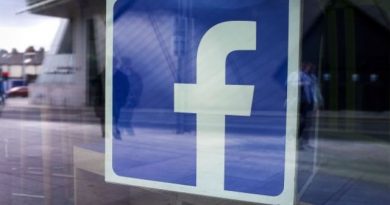 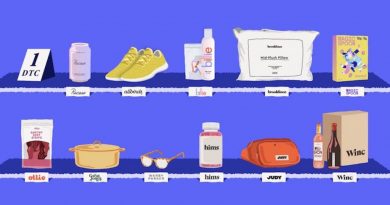 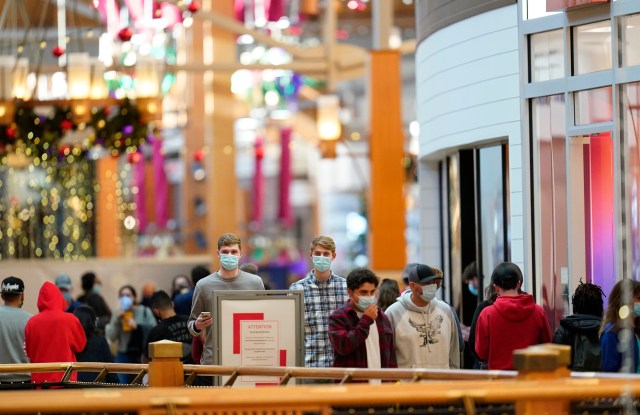 For Most Retailers, A Holiday Performance That Transcends the COVID Crisis. – WWD