Are you, one of the millions of Americans, who, are tired of all the nonsense, and, apparent, insanity, and, yearn, for a return to the days, when most of us, considered America, great, because it was the voice, for human rights, throughout the world, as well as within this nation? Have you become, fed – up, with being, fed – up, and, feel, at least, somewhat, like the famous words, from the movie, Network, “Mad as hell, and not going to take it anymore!”? Many of us, seem to be suffering from, an extreme form, of Trump Fatigue, and are sick, and tired, of feeling that way! Don’t you believe, America, is, and must be, better than this? With that in time, this article will attempt to, briefly, consider, examine, review, and discuss, what this means and represents, and, why, it’s become, such an urgent matter, and issue.

1. The new norm: If this is the new, norm, what does that say about our society, today? Americans must understand, everything we do, and avoid, doing, will have ramifications, into the future, and, will have a dire impact, on the future, not only of America, but, for the whole world/ planet! If we, simply, accept this behavior, of rhetoric/ vitriol, misstatements/ lies, prejudice, and putting personal/ political agenda, ahead of the greater – good, aren’t we risking, nearly everything, which made America, unique, on this planet? If we permit, any individual, to be, over – the – law, and, do harm to our Constitution, and its guarantees, not only, will we, not be great, but, hardly, recognizable!

2. No one, above the law: President Donald Trump behaves as if, he believes, he is above the law. He has made statements, claiming, he is so popular, he could shoot someone, on Fifth Avenue, and get away with it. He has urged others, to oppose, legally issued, subpoenas, and, has been, constantly, investigated, for potential misdeeds, and illegal acts, with several foreign nations, etc. No previous administration has had, as many people, indicted, as this one!

3. Is the public, tiring, of this type of behavior/ rhetoric?: Trump Fatigue may be defined, as behavior, which, constantly, and consistently, opposes, nearly everything, we have always considered, the norm! It seems, every day, which ends with a, Y, brings more news, of this sort of, undesirable behavior!

4. How do we know, what is true?: Fact – checkers, such as Snopes, Political Fact – Check, The Washington Post, etc, proclaim, Mr. Trump, has lied, or made significant misstatements (some, very obvious), at least, 12, 000 times, since he assumed office! At this same time, Trump, constantly refers to anything, which, either, opposes his positions, or accuses him, etc, as, either, Fake News, the Corrupt Media, or some other, derogatory, name! We seem to have come, to a place, where, despite all the evidence, to the contrary, this President’s core supporters, continue to believe his version, although, nearly everyone else, recognizes, this isn’t normal!

5. Wastes/ diverts time/ attention: Because, so much time and attention, has been spent, on President Trump’s apparent lies, distortions, behavior, rhetoric, and abuses, very little of consequence, has been achieved, these past few years! Although, nearly everyone realizes, proactive behavior, is needed, to address the negative ramifications of Climate Change, and environmental inattention, the present occupant of the White House, denies the obstacles/ challenges.

Wake up, America, because, what we are witnessing, isn’t normal, and is opposed to, many of the foundational issues, of this nation! We need to stand up, and, say, We’re not going to do this, anymore! 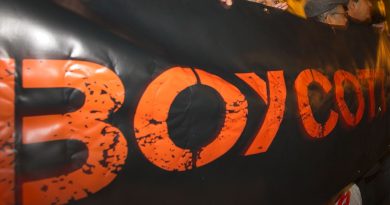 How to Monetize And Finance a Canadian Film Tax Incentive Grant

The Bigger Picture Behind RCEP