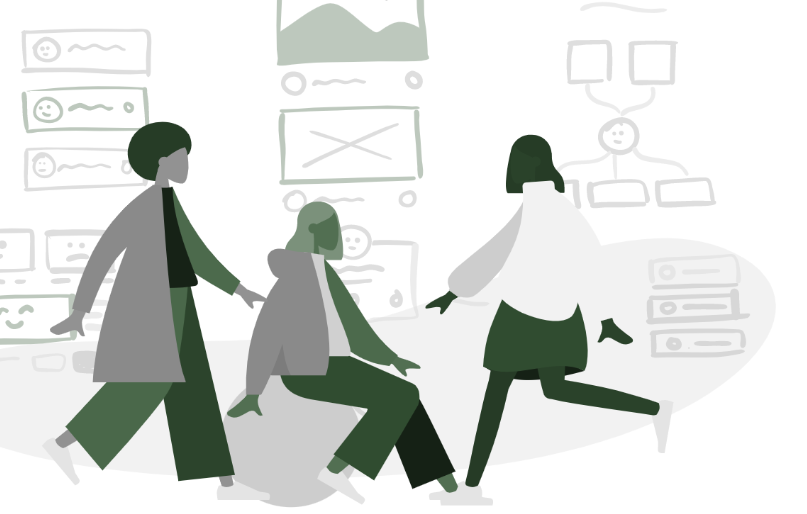 Have you ever wondered what you would spend money on if you were to win the lottery or suddenly become rich?

It can be fun to daydream about the possibilities. After all, there’s no telling what wild, exciting things and experiences would be within reach.

While most people are likely stressing about inflation, the rising cost of living, and investment portfolios going down, most wealthy people don’t seem worried. Instead, they’re making ludicrous purchases by most people’s standards. Here are some crazy expensive things rich people buy most people can only dream of.

Many people are concerned with collecting miles and traveling off-season to afford their annual vacation. Meanwhile, some of the uber-rich are thinking about how to leave the planet.

One of the craziest expensive things the rich are buying is tickets to outer space, a tourist attraction that isn’t nearly as crowded as the Eiffel Tower but way more thrilling.

Virgin Galactic opened up tickets to space to the public for $450,000 apiece, a steep increase from the original $250,000 price. We’re not sure if the flights went up due to increasing demand or inflation, but that’s a massive chunk of money to spend on your next trip. The flights are about 90 minutes, where you’ll experience weightlessness and witness a fantastic view of the Earth from that high up.

Virgin Galactic isn’t the only aerospace company on the market, either. SpaceX launched the first all-civilian spaceflight in September 2021. Blue Origin, founded by Jeff Bezos, isn’t even willing to announce a public price yet for their flights, but seats on prior flights have been auctioned off for millions of dollars.

There’s no doubt—you’ll need to be extremely rich to even think about leaving Earth.

What’s the next best thing to leaving the planet? Owning a piece of it. And sometimes, wealthy folks want to own a private island where they can relax, hang out with friends, or simply retreat from the rest of the world.

There’s a long list of celebrities purchasing private islands for personal use or to turn into luxury resorts. Sir Richard Branson purchased Necker Island in the British Virgin Islands in 1979, turning it into a luxury resort. Many other rich and famous have followed suit, buying their own private islands. Leonardo Dicaprio purchased his private island just off Belize in 2005. Larry Ellison, a co-founder of the Oracle Corporation, purchased 98% of a Hawaiian island in 2012.

Speaking of private islands, you have to get there somehow. Wealthy people can afford to arrive in style on yachts. And since regular yachts won’t cut it anymore, many of the super-rich are buying superyachts, with hundreds sold yearly.

So what separates an ordinary yacht from a superyacht? There’s no technical definition of a superyacht, but it can typically host more than ten guests and comes with some of the same perks you could find in a luxury villa.

Larry Ellison is known for previously owning a 454-foot yacht called the Rising Sun that holds 82 rooms, a movie theatre, a personal gym, and a basketball court. He’s since sold it for another luxurious superyacht. Other Silicon Valley-Esque billionaires also own massive superyachts, including Larry Page, Jeff Bezos, and Bill Gates.

With so much luxury available on a single ship, it’s hard to argue with the idea that superyachts are a symbol of wealth.

Did you know that rich people could rent celebrities out for social events? If you have enough money, you can hire celebrities to make an appearance or perform for you.

The super-rich have been known to hire celebrities for their private events. Online booking agencies can make hiring celebrities, authors, athletes, and musicians accessible for the right price.

Jennifer Lopez came under fire in 2013 for accepting a private three-song concert gig for the leader of Turkmenistan, receiving over a million dollars. The Kardashians have taken payment in exchange for mingling at art events. With enough dollars in your bank account, you too can mingle with the rich and famous.

We all need to use the bathroom at some point, so why not surround yourself with luxury while taking care of your business?

Rich people have purchased gold toilets and other expensive washroom items. You can buy a toilet covered in 18-karat gold for the low cost of $30,000. You can also purchase other expensive bathroom accessories, from bidets to TVs that fit everywhere to heated toilets. If you ever want to amuse yourself, you can search up expensive bathrooms to see what the rich can afford.

Since we’re speaking of gold, you know you’re rich when you have a golden credit card and other gold-covered items around your home.

We’ve all complained about the price of a Starbucks coffee, but could you imagine paying $100 for a cup of morning java? That’s what the cost of Kopi Luwak goes for if you’re looking for the ultimate coffee experience.

This caffeinated beverage costs so much because of the high demand and limited quantities, a sure-fire way to attract rich folks to a product.

This coffee is unique because the beans are the droppings (commonly referred to as “cat poop”) of the Asian palm civet, a cat-like creature that digests the beans and takes out their bitterness. This coffee is extremely rare, and its incredible flavor makes it something you’ll want to add to your to-do list for when you want to splurge.

Ever heard stories about shockingly expensive auction items? You know you’re rich when you can go to auctions to bid on items with a hefty price tag. One of the major perks of being super rich is buying whatever you want.

Auctions are great if you want rare, unique items you wouldn’t find in a store. Here are some of the most interesting auction purchases we discovered:

One of the major perks to being rich has to be that you can throw legendary parties people talk about for years to come. While the average person likely throws a potluck or plans a party on a budget, the rich don’t spare any expenses.

Throwing the biggest party in town with a star-studded guest list comes with a hefty price tag. Kim Kardashian and Kanye West once threw a Christmas party that cost them $1.3 million. They spent about $350,000 on snow alone, so you could only guess the bar tab on such a swanky party.

Still, the Kim and Kanye party paled compared to other pricey celebrations. One of the most extravagant parties of all time was the 2008 opening night party at the Atlantis in Dubai, costing a whopping $31 million.

Is anything worse than waiting in long lines, like at the DMV or the post office? What about having to do the same chores over and over again? Most people can’t escape the monotony that comes with everyday life.

The rich can spend money on levels of convenience that most people could only dream of. We’re not just talking about food delivery services or cutting the line at an amusement park.

“The hyper-wealthy’s time is worth enough that it typically makes sense to outsource things that the layman would never consider outsourcing,” says True Tamplin, Founder of Finance Strategists. “If someone of extreme wealth can get back an hour back in their day, it could be worth millions of dollars over the course of a year.”

While technically, there are only 24 hours a day, the rich can buy back more free time. When you’re rich, you don’t have to worry about mowing the lawn, grocery shopping, cooking dinner, or performing basic tasks.

What are some examples of ridiculous levels of convenience the rich can buy?

Most of us have to take care of reservations and planning independently. The rich rely on concierge services for these problems. Concierge services can range from booking flights to random errands you need to be completed.

What are some completely random concierge services that wealthy people use?

Numerous luxury concierge services cater specifically to the ultra-wealthy. One popular company is The Quintessentially Group, which serves those with an average net worth of $5 million. Most requests hover around $1,500 per service, but this concierge company has seen clients spend hundreds of thousands for an event.

These companies work with incredibly rich people who want everything handled for them. Here are some of the most surprising concierge requests that we were able to find:

There’s a chance that a concierge service could complete any request your heart desires if you have enough cash to pay for it.

While many rich and famous may wish to walk the red carpet at a flashy movie premiere, a newer service can bring a movie premiere to the comfort of home.

A few years back, Red Carpet Home Cinema announced that it was seeking 3,000 wealthy Americans willing to put up $15,000 for a media server and then an additional $2,000 – $3,000 per movie to watch new theatrical releases from the comfort of their home theatre on opening night.

While this service doesn’t give users early access to new movies, it does give people the privacy and convenience of home viewing that large, crowded theaters don’t. It’s challenging to forecast how a business like this could perform, but it shows you can buy just about anything for the right price, even first dibs on a new movie release.

There are many purchases that the rich can make that most people can only dream of. While reading about the crazy expensive things rich people buy is fun, taking care of your finances first is essential. Focus on investing and building wealth correctly so you can create a better future for yourself and your family.

Cloud Mining Contracts – Are They a Good Investment?

Ice Dancing – The Epitome of Grace and Skill