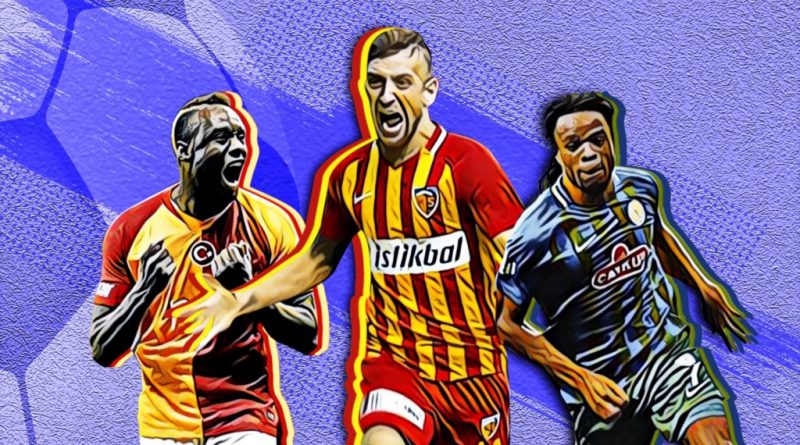 No ideas? No problem, we’ll give you a hand. Take a peak into the best transfer options for GW7.

Below you’ll find the crème de la crème of this week’s fantasy studs, provided to you by the masterminds behind Fantezi Futbol Türkiye.

There is a former top-goalscorer waiting in the substitutes behind Radamel Falcao, he is Mbaye Diagne. His 30 goals in 2018–2019 Turkish Süper Lig season gave him the title as “Top Non-Turkish Goalscorer in League History”. Despite his success on the pitch, his disciplinary problems prevented him to pursue his career in Galatasaray in the following season. At the beginning of the new season, he made a fresh start for his club by re-joining. However, world class scorer Falcao is the first choice of Fatih Terim. Diagne played just for 138 minutes in 5 league games. He has scored two goals in European League so far this season. Diagne will most probably be on the field in starting elevens this week since Falcao is banned. He is also the most powerful candidate to take a possible penalty kick.

Anthony Nwakaeme has already been one of the fantasy football heroes with his performance in two consecutive years. (10 goals & 10 assists in 2018–2019 and 11 goals & 6 assists in 2019–2020 season.) He made a bad start for his 3rd year together with his team mates and scored just 1 goal so far in the league. He is expected to play a leading role against Kasımpaşa to alter the course of his team.

Senegalese defender started his Turkish Süper Lig career last year. He was paid attention by the football authorities with his performance in Gaziantep FK. He scored 6 goals, made 2 assists and got 5 clean sheets last season. He was one of the most favourite players of fantasy football fans last year since he played out-of-position in some games. He is also very capable inside the box during the dead ball situations. He is one of the clean sheet candidates of the week against Gençlerbirliği who are the least scorer team so far. He can also earn more points with possible goals or assists.

Together with Alanyaspor’s Davidson, who was one of our recommendations last week, Loic Remy shares the hat-trick goalscorers throne. French striker made an impressive debut to Turkish Süper Lig with 5 goals in 6 games. Especially in Ankaragücü game, he gave the impression that he will be one of the fantasy football heroes with his hat-trick in 23 minutes. He will be one of the top picks this week against Kayserispor considering also that he is the first option for penalty kicks in Rizespor.

Pelkas played 4 games for PAOK in Champions League Elimination Rounds at the beginning of the season and he scored 2 goals in these games. After his PAOK adventure, he joined Fenerbahçe afterwards and scored one goal in 3 games. In these 3 games, he played in different positions and proved that he is a versatile player. As the team leader in shots per game statistics (3 shots per game), he should be considered as one of the top picks of the week against Antalyaspor.

After the leave of Bernard Mensah, Pedro Henrique became the leader player of Kayserispor. He is generally the most picked player in the games which Kayserispor is close to win. Brazilian made 10 goals and 1 assist performance last season. He missed the first two games of the season because of injury. He played 45 minutes in the previous game and finished the game with 1 goal and 1 penalty earning with 3 shots. It seems that he has recently started the season and more is expected from him.

Galatasaray will play Ankaragücü, which is one of the weakest teams in Süper Lig this season in terms of squad quality. In addition to that, Ankaragücü has 7 covid-19 positive players. Until the last minute, we should expect a postpone from this game. If there is no postponment, then it is better to pick as much Galatasaray player as possible for this game.

Considering the depth and quality of the squad, Fenerbahçe is the most powerful candidate for winning the title this season. The team played very impressively in the second half of Trabzonspor game and showed how strong they are. They are very close to win against Antalyaspor who have 6 injured and 2 banned players this week.

Turkish Süper Lig — Gameweek 7 was originally published in The Call-Up on Medium, where people are continuing the conversation by highlighting and responding to this story.