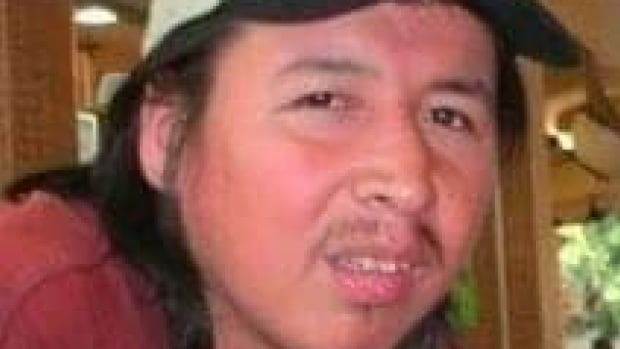 A teenage boy who violently attacked a stranger will not serve more time behind bars, a judge has ruled, after considering a long list of trauma the boy has endured.

The youth, who can’t be named under the provisions of the Youth Criminal Justice Act, was convicted of assault causing bodily harm in the death of Neil Catcheway.

“This was a senseless, two on one, unprovoked attack on a stranger,” wrote provincial court Judge Murray Thompson in his sentencing decision for the boy dated Oct. 22.

The girl was the “clear instigator,” the judge wrote, but the boy followed and participated in the attack.

According to the decision, the attack on Catcheway began with the girl knocking him to the ground and kicking him. The boy then kicked him in the face.

In an attempt to get away, Catcheway tried to crawl up a railing. The girl violently shoved Catcheway, causing him to fall a significant distance onto Main Street, hitting his head and being knocked unconscious. He was then run over by a car.

Catcheway died of severe blunt force injuries from the fall, the judge wrote. The entire attack only lasted 18 seconds.

“Neil Catcheway’s sudden and violent death has had a lasting and profound effect on family, friends and loved ones,” Thompson wrote.

The boy was arrested the next day and confessed, saying he was sick about what had happened. He had no previous criminal record.

He pleaded guilty to the lesser charge of assault causing bodily harm in return for the Crown agreeing not to seek an adult sentence.

The girl, who was found guilty of manslaughter, has not been sentenced yet, the judge noted.

Instead, the boy will have two years of probation, 25 hours of community service, is ordered to provide DNA samples and must follow several conditions — including having no contact or communication with the girl who helped carry out the attack.

“The fact that a defenceless man was randomly attacked and killed on Main Street in Winnipeg is undeniably tragic and senseless,” Thompson wrote.

“The sentence imposed by the court today is not and cannot be a measurement of his life. It is important to understand the accused has not been convicted of causing Mr. Catcheway’s death.”

The judge outlined a long list of Gladue considerations in his decision. Gladue is a Supreme Court ruling that requires sentencing judges to consider the the influence of things such as residential schools, the Sixties Scoop or the child welfare system on Indigenous offenders.

The judge noted the boy has an “extensive history of residential school involvement, suffering from sexual and physical abuse, addictions, child welfare and justice involvement.”

The boy’s grandfather and mother both attended residential schools where they were abused.

His mother’s side “suffered a great amount of tragedy and loss” with three women being among the many missing and murdered Indigenous women in Canada. It’s when the boy’s mother lost her sister that she began drinking heavily, the judge wrote. She’s since turned her life around and is going to school to be a social worker.

The boy also experienced violence at home growing up.

“He was physically abused by his biological father who later stalked the family over a long period of time after his mother remarried,” the judge wrote.

The boy was in foster care twice, for a total of two years, both times being separated from his siblings.

The boy frequently had to change schools and dealt with behavioural outbursts and literacy issues, including attention deficit hyperactivity disorder.

The maximum time a youth can serve for assault causing bodily harm is two years, the judge noted.

“I am required to consider all available alternatives to custody that are reasonable in these circumstances; particularly considering the accused’s Aboriginal heritage,” Thompson wrote.

Legacy of generations of trauma

A First Nations lawyer with experience defending young offenders said this case is an “incredibly sad” example of the legacy of the centuries of mistreatment Indigenous people have experienced.

“The decision is really only scratching the surface in terms of the kind of inter-generational trauma that this kid has probably lived with in his family,” said Stacey Soldier, an Anishinaabe lawyer and member of Swan Lake First Nation.

“By the time somebody gets involved with the criminal justice system, there’s been a number of failures of systems up until that point,” she said.

That breakdown starts in families, community, and systems like child welfare, she said.

“Really, [the courts] are just sort of the Band-Aid trying to fix a problem that had been going on for some time before.”

Soldier said Gladue considerations are a way courts try to balance punishment with the systemic trauma that would lead an Indigenous person to commit a crime.

“We’re not talking about a race-based discount. That’s not what this is,” said Soldier, who teaches courses at the University of Manitoba looking at Indigenous people and criminal law.

“Canada has engaged in the process of systematically targeting and destroying Indigenous families. It’s a process that still continues today that you see,” she said.

“There’s legislation, there’s processes, and it’s really intentionally disconnected children and families from their traditions and from their communities. A lot of the processes have ended, but those after-effects are still very apparent,” she said.

Soldier said at the end of the day, there’s “no winners” that come from a case like this, no matter what a judge’s decisions is.

“That young person still has to live with the fact that this person has died. That’s certainly not something that they’re going to forget.”